The secret of why to choose Cordyceps at Vietnamese markets

The scarcity, expensiveness and counterfeit problem with natural product Cordyceps in recent breakthrough developments in Cordyceps culture technology have made cultured Cordyceps safe and effective choice for consumers in Vietnam.

The effect of cultured Cordyceps

According to PubMed - the world's most prestigious pharmaceutical website, there are currently about 2,000 scientific research projects on cultured Cordyceps (Cordyceps Militaris). Studies show that the active ingredients in Cordyceps Militaris have many positive health effects such as: antibacterial support, kidney function improvement, physiological enhancement, blood pressure lowering support, hypoglycemic and as an antioxidant.

CordycepsMilitaris contains many biologically active elements such as: Cordycepin, Adenosine, D-mannitol, Polysaccharide, ergosterol, ergothioneine, fatty acids and more than 17  kinds of essential amino acids for the body. These active elements all have diverse applications in medicine.

According to a test by the National Institute for Food Control for Ogafa CordycepsMilitaris (Product of OGAFA Company Limited, cultured in Vietnam), the Cordycepin content is 432mg/100g, is much higher than CordycepsSinensisat 98mg/100g (Research by Huang et al., 2009). This is considered a great success in the current application of cordyceps culture technology. 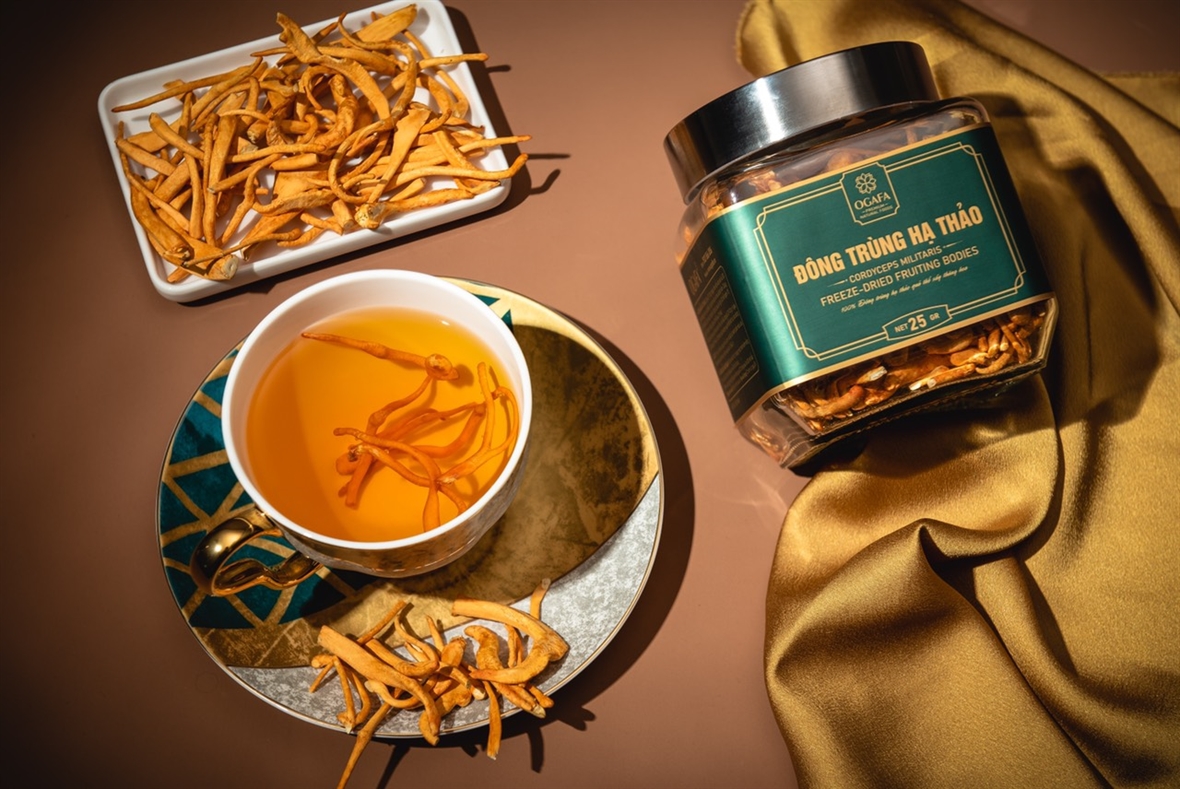 A dried product of OGAFA Cordyceps.

Cordyceps is likened to the "King of tonics" but is very expensive, limited in quantity and increasingly scarce due to over-exploitation and climate change. The total production of Cordyceps Sinensis is estimated at only 80 kg per year. The quantity is too meager to supply the domestic market and/or export. Therefore, Cordyceps Sinensis has become the most expensive medicine today, about 2 billion dong/kg but research shows that it is still not sure if it is the real thing.

Currently, fake Cordyceps Sinensis is produced and sold widely. Consumers and even the traders themselves cannot detect it because the counterfeiting technology is so sophisticated that the fake Cordyceps has the same appearance and taste as the real Cordyceps because fakes are usually molded from the powder of Cordyceps Militaris. For the same reason, when testing, there are still rare medicinal substances of Cordyceps, so counterfeit goods are still legally eligible to circulate on the market at very expensive prices and are not safe for users. 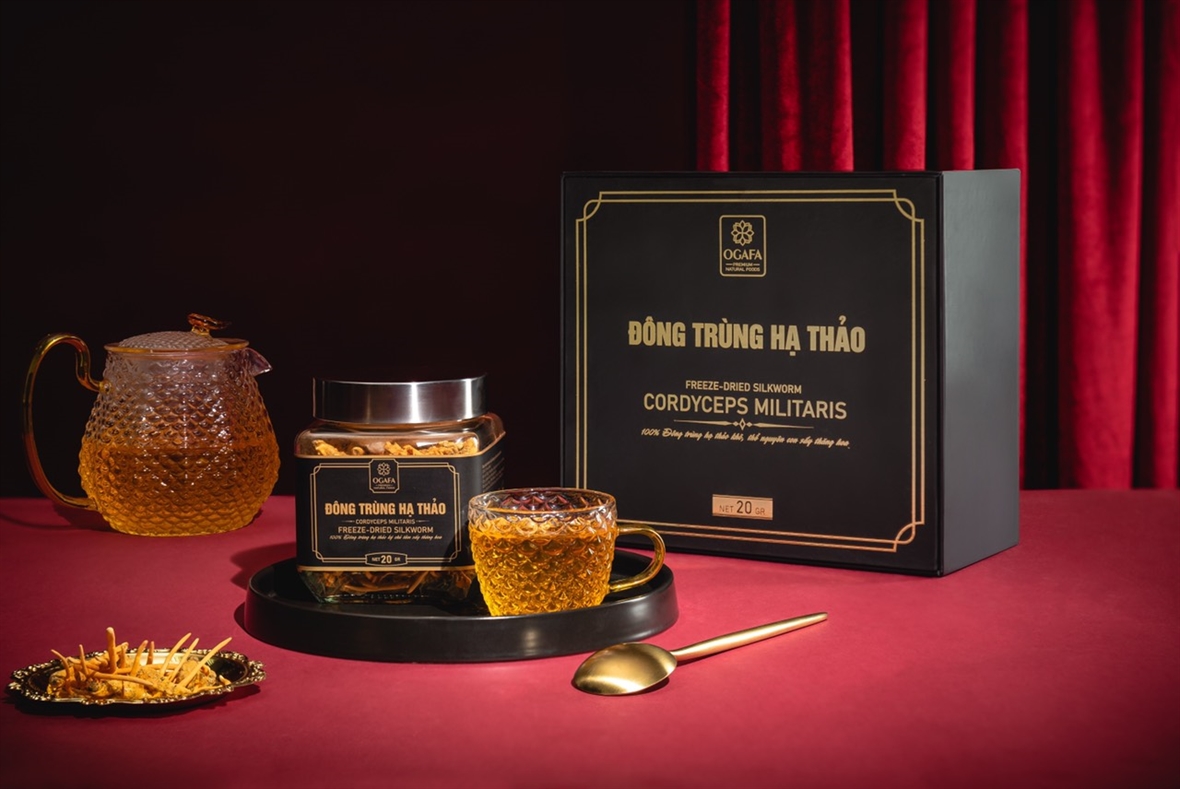 Cordyceps militaris is grown by OGAFA.

Vietnam is one of the few countries in the world that has a special advantage in culturing Cordyceps because the country has a variety of silkworms with very suitable nutritional characteristics as the main raw material for the culture of Cordyceps.

The market of Cordyceps Militaris in Vietnam is also growing with a variety of products and different quality corresponding to different prices. Consumers should choose products of reputable brands to ensure food safety and hygiene standards and improve the effects and health care benefits.